The Dunkirk LNG terminal accommodated fewer tankers in September than its European competitors. This does not in any way cast aspersions on its reliability or competitiveness, but rather can be explained by differences in use compared to its European counterparts in a context of volatile gas market prices across Europe. Pierre Dumont, Sales Manager of Dunkerque LNG, explains.

The LNG terminal has had a record year in terms of tankers accommodated since 1 January 2019, with 54 unloading operations carried out by 30 September. However, this activity slowed considerably in September, which cannot be said for Zeebrugge and Montoir, Dunkirk’s two main competitors. "This certainly does not mean that our terminal is any less competitive," says Pierre Dumont. "It is due in part to technical differences between these terminals and our own, and in part to considerable fluctuations in gas market prices across Europe. These price fluctuations encourage market players to wait until market prices are more profitable before injecting their LNG into the network or redirecting it towards other markets, depending on how they wish to manage their LNG portfolios."

The lower inflow of LNG is also a result of technical factors, specifically the LNG terminal’s inability – for the time being – to offer its customers a transhipment service, i.e. a service that allows a berthed ship to unload its LNG directly into the tank of another berthed ship which can then ‘deliver’ to smaller ports nearby, or which enables the transfer of LNG from one methane tanker to another without in-containment fuel storage, for instance. "With two wharves each, the Zeebrugge and Montoir terminals can offer this service. In Dunkirk, we only have one. LNG must therefore be unloaded into a tank before being reloaded onto another ship," adds Pierre Dumont. In October, however, the terminal successfully carried out a full-scale test of its new fast reloading service (the fastest offered by any terminal in Europe) for its customers. This first successful reloading operation will certainly not be the last. 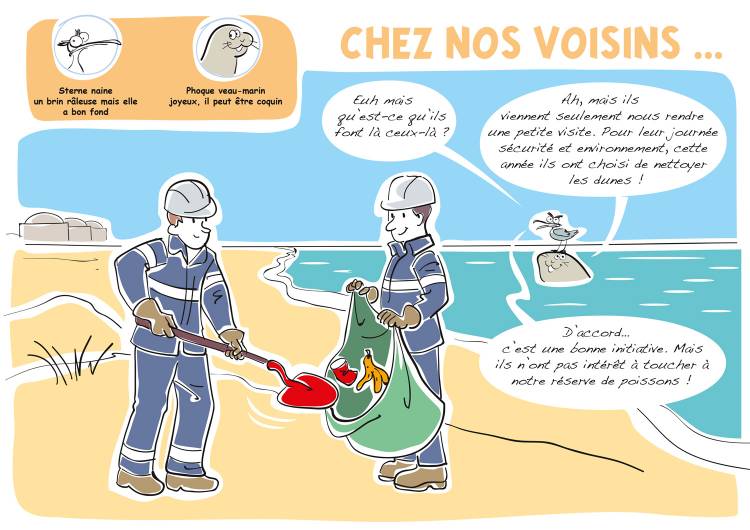