The terminal's commitment to the preservation of water resources

Dunkerque LNG has launched a project to recover rainwater for use in fire drills, saving drinking water. An important project led by Louis Vanpeperstraete, HSE engineer following a work-study program.

"The Dunkerque LNG terminal has a recovery basin with a capacity of more than 7,000 m3, into which rainwater from the local administrative area converges. Until now, this water was not being reused. It was being reabsorbed into the ground following purification. In future, it would be used as part of the regulatory fire drills that are conducted weekly at the terminal," Louis Vanpeperstraete explains. As a Health, Safety and Environment (HSE) engineering apprentice at ESAIP in Anger, he has been at Dunkerque LNG on a work-study programme since September 2018. "This is all the more important since, given the terminal's geographical location on a peninsula, the only water network that supplies us is drinking water, and not industrial water." "This project will provide an annual saving of up to 4,000 m3 of drinking water," explains Luc Warzee, Dunkerque LNG's Technical Director. "It delivers on the terminal's resource preservation commitments, at a time when the Hauts-de-France region is increasingly subject to water consumption restrictions due to drought."

Pumping, piping and treatment of rainwater

Following a study phase, the project would enter its implementation phase in the coming weeks, and is expected to be operational during 2021. "Water is already being collected and stored at the terminal. We now need to implement the system for pumping and piping the water to the relevant networks, and also the treatment of this rainwater, to ensure consistent quality," Louis Vanpeperstraete explains.

Practical research project for an apprentice

"This project is interesting not just in its own right, but also because it’s being run by a young 22-year-old apprentice," says Clément Malherbe, an HSE engineer and Louis Vanpeperstraete's tutor. "Louis, who is currently taking an engineering degree in industrial and environmental risk prevention, is also learning about project management and methodology while working on technical aspects. His work will create an enduring environmental legacy at the terminal."

Rainwater harvesting at the Dunkerque LNG terminal will offer an annual saving of 4,000 m3 of water. That’s equivalent to the average annual consumption of 36 households. 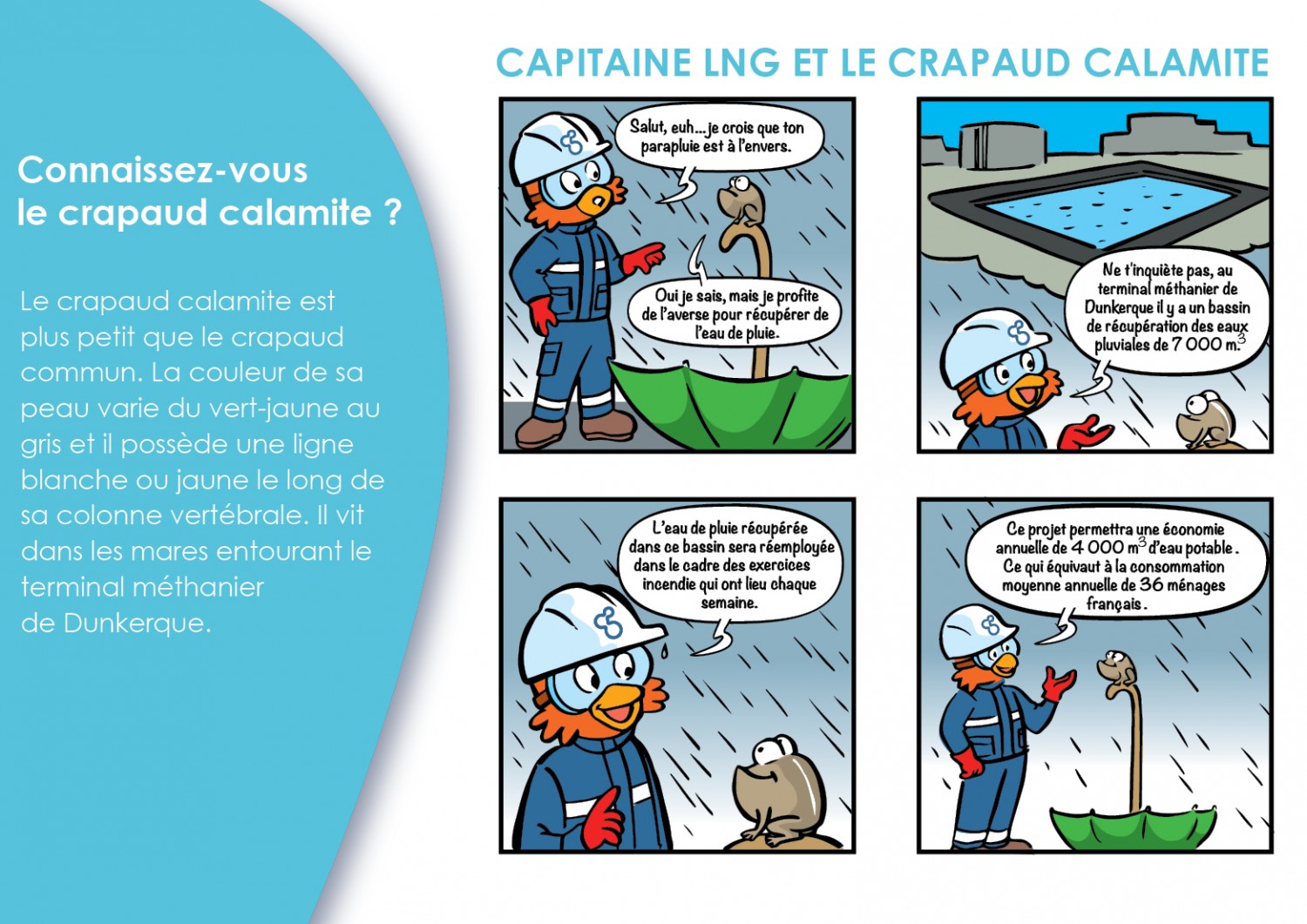