"There was a little ship"

Always keen to provide its customers with new services, in 2020, Dunkerque LNG invested €700,000 in modifications to its jetty. It can now accommodate the small bunkering vessels that supply LNG-powered commercial vessels, such as container ships and ferries. On 28 April, the teams at the Dunkerque LNG terminal received one of these small ships for the first time. Luc Warzee, Technical Director at Dunkerque LNG, tells us about this achievement.

"There was a little ship... : this is the image given to the jetty by the world’s largest liquid natural gas bunker vessel, the Gas Agility, owned by MOL and chartered by Total Marine Fuels Global Solutions, a subsidiary of Total. It docked at 2 p.m. on Wednesday, 28 April at the LNG terminal. This vessel is 135 metres long and 25 metres wide and can accommodate 18,600 m3 of liquid natural gas in its tanks. In comparison, the largest LNG tankers, the Q-max, are 2.5 times longer and twice as wide with more than 10 times the storage capacity.

It was a great pleasure to be able to admire this ship in brilliant sunlight, after waiting so long to actually see it at our terminal! It was also a first opportunity to test the jetty’s fenders, installed in 2020 with the support of the European Union to accommodate such vessels. The compatibility calculations, carried out by the operating team, highlighted a certain number of points to watch: the low tide during intensive manoeuvres, the installation of the gangway, the sleeve of the arms and possible interference with the mooring lines and fenders. Despite the exceptional tidal conditions, with a difference of more than 6 metres between high and low tides, the accuracy of the calculations ensured the smooth running of the operations. The operation of loading LNG from tank 3 and its three low pressure pumps took just under 13 hours.

After filling up at the Dunkerque LNG terminal, the Gas Agility bunkered CMA CGM’s flagship container vessel, the Jacques Saadé, with LNG at the Flanders terminal. This operation was made possible by the "LNG Ready Terminal" approval, obtained by the Port of Dunkirk and the Flanders Terminal, which allows bunkering to be carried out simultaneously with the loading and unloading of containers, which lasts around thirty hours. The LNG bunkering was carried out on Friday, 30 April during the unloading of the Jacques Saadé’s cargo of 3,000 containers. The amount of LNG bunkered means that this giant of the seas will be able to complete a full 43,000 kilometre return trip between Asia and Northern Europe on a single full tank. This was the first LNG bunkering operation of a container ship in a French port, and pride of place went to Dunkirk’s Flanders Terminal.

This ground-breaking operation at the Dunkerque LNG terminal demonstrates our teams’ ability to work in conjunction with the sales people who organised the deal with Total, with the management team in charge of the technical aspects of the operation and with the maintenance team that made all the facilities available for the loading operation. Well done, everyone and a big welcome to the little ships! 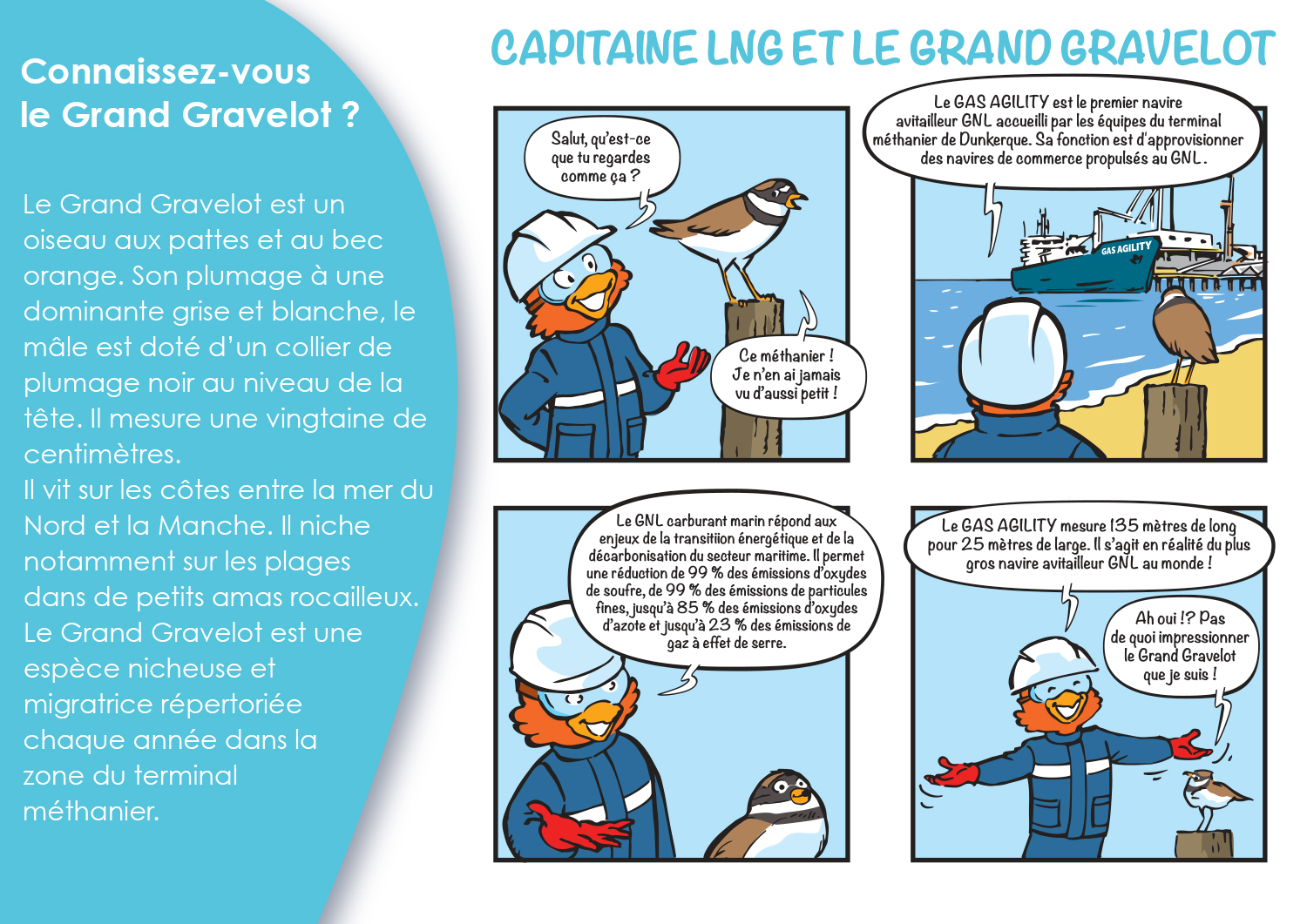